Chart pattern recognition is at the core of technical analysis practices, and it is the key to understanding the binary options market. Their purpose is to point at the major market moves and connect different market phases: uptrend, downtrend, and sideways markets. This is why chart patterns for Binary Options are important to recognize.

There are many charting patterns for analyzing financial markets, but the simplest ones work best for binary options trading. You can use them as a standalone trading strategy or back them with technical analysis indicators.

What is a chart pattern?

A triangle is a pattern formed in a financial market when the price “doesn’t know” which direction to move in. When you see this pattern, you know there’s a confrontation going on between bulls and bears.

There are several types of triangles:

An ascending triangle is pointed upwards after drawing the trend lines on the minimums and maximums. In this case, the upper resistance line for the price is usually horizontal or slightly upward.

After a breakout of such a triangle, the price usually goes up, although a reverse movement might also be the case.

A symmetrical triangle is horizontal, the trend lines of such triangles are directed towards its center. The breakout usually occurs in the direction of the trend prior to the formation of the triangle.

The flag chart pattern occurs after a sharp price movement in any direction followed by a short period of stability. After that, another price movement happens in the same direction, continuing the trend. Visually, it resembles a flag (a rectangle) with a flagpole.

The bullish flag pattern starts with a big green candle (the pole) followed by the rectangular “flag”. Then, the breakout in the upward direction happens, confirming the bullish trend.

Similarly, the bearish flag begins with the red candle and confirms the downward movement after a short break.

Essentially, pennants work just like flags: they also start with a bearish or bullish “pole” candle, but their “flag” is not a rectangle but a triangle or wedge. Other than that, there are no differences in readings.

Tip: patterns depend on momentum. Therefore, experienced traders do not recommend opening orders before the pattern is completely formed. If a pattern on the chart doesn’t look like a triangle or a flag, don’t take any action.

Chart patterns help understand the logic of the binary options market. It is important to note that there’s no 100% chance that a certain pattern will work out for you, but it is high enough to use the patterns in trading.

Finding these patterns on the chart might be challenging at first, but it will get easier as you practice. Make use of the Practice balance and learn to apply graphical tools to find them quicker. Over time, you’ll start seeing them with the naked eye, and the overall decision-making process will get a whole lot easier. 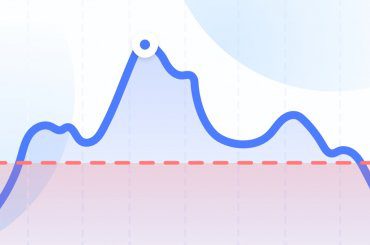 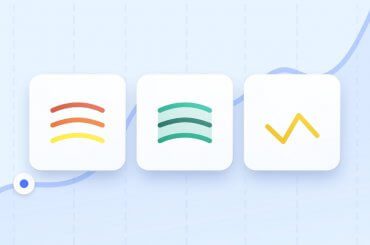