This is the biggest tournament that IQ Option ever held, and participants have a month to compete for a part of the fortune. Check the details of this IQ Option tournament and register now — you still have time to sign up for it and fight not only for the title of the best trader, but also for the biggest prize in the tournament!

Tournaments are a fun way to practice your trading skills, beat other traders and win some money. They are one of the best ways to apply your trading skills, since they often have a small entry fee and a large prize pool. Some IQ Option tournaments are free, but generally the entry fee is around $2-$4 depending on the tournament, its length and prize pool.

If you’ve never tried them, you are seriously missing out. Read about tournaments’ rules and don’t hesitate to immediately sign up for one or two — you will definitely enjoy the rush and the excitement of trading against other users.

What is a tournament?

Tournaments are available to traders of the IQ Option platform. They are trading competitions held on Binary and Digital options. The winners, who managed to increase their tournament balance the most, will share the prize pool and receive the share they won to their real balance. Normally, depending on the tournament, the prize pool can fluctuate between $1,500 and $10,000 depending on the tournament and the conditions.

The tournament rules are the following:

An example of prize pool distribution

Each tournament will have its own prize distribution rules, so it is best to check the exact tournament you are interested in on the tournaments page: https://iqoption.com/en/tournaments. As an example, let’s take a look at the IQ Launch tournament.

The IQ Launch tournament distributes the prize pool among 30 winners, so there are plenty of chances to win.

The IQ Launch currently has an entry fee of $4, which means that even if you take the last winning place with the prize share of $105, you will still gain 26 times more.

Can I refill my IQ Option tournament balance?

In most tournaments, an option of Rebuy is available. A trader can use this option if their balance is less than the initial tournament balance. The cost of a Rebuy is normally equal to the entry fee (for instance, if the entry fee is $2, the Rebuy will cost $2 as well). The Rebuy option is available as many times as needed, if the trader’s tournament balance is smaller than the initial amount.

How can I check my position in IQ Option tournaments?

You will be able to see your position in the tournament leaderboard after it has begun. Before the start, the leaderboard as well as the winners are shown randomly.

How to win an IQ Option tournament?

As was mentioned, the tournaments are held on two instruments — Binary and Digital options. In order to win in a tournament, it is necessary to learn how to use them and find a strong trading strategy that works for you. To prepare for a tournament, you can read the following materials: 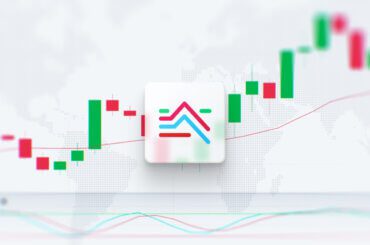