Space has always been alluring to people and pretty much everyone has dreamt of becoming an astronaut in their childhood. And who wouldn’t give a lot just for an opportunity to catch a glimpse of the mysterious space landscape? Even wearing a spacesuit already sounds fun. Many billionaires are also fascinated by space, so they found aerospace companies and turn their dreams of conquering distant planets into reality. For traders, this means potentially very attractive aerospace stocks.

The commercial space industry is expanding rapidly and news about the achievements and the progress of aerospace companies appear every day. Let’s see what the latest events in the aerospace industry are and explore the opportunities they present for individual traders and investors.

The beginning of August was especially thrilling for Elon Musk: his commercial spaceflight company SpaceX, which he cherishes, accomplished a truly tough task. The enterprise stacked its Starship spacecraft on top of its Super Heavy rocket. The full construction is 120 meters tall, which makes it the tallest rocket in the world. The billionaire is proud of the achievement and shares his excitement on Twitter, where he is usually very active.

Musk notes that due to its size and the ability to return even from deep space, the spacerocket will make a whole new class of science missions possible. Indeed, Starship could be the next step in the way humans explore space. Bold projects and ambition like that make SpaceX an attractive candidate for investors, however, since the company still remains private, individual investors don’t yet have the opportunity to become its shareholders. However, Musk recently shared on Twitter that this may soon change, or, at least, partially change.

One of SpaceX’s developments, Starlink, a constellation of internet satellites that are made to provide customers with high-speed space-based internet services, might become a publicly traded stock in the nearest future, as Elon Musk states in his Twitter account. Starlink is an important part of SpaceX and the possibility of an IPO comes down to the company’s revenue.

While currently it is not possible to directly invest in aerospace stocks of SpaceX, traders and investors need to remember that its important achievements and Musk’s tweets might still affect his public company, Tesla (TSLA). The billionaire shared that shareholders of Tesla might get priority in stock allocations from a Starlink IPO.

Jeff Bezos made a short journey to space

While Elon Musk has yet to take a trip to space, Bezos is not wasting time. In July, he went on a short space journey which lasted 10 minutes and 10 seconds. The billionaire was not alone: accompanied by his brother, an 82-year-old female aviation pioneer Wally Funk and an 18-year-old student, Bezos went on the first human flight on Blue Origin’s New Shepard rocket.

It is an exciting time to be following Blue Origin’s updates closely. However, Bezos does not seem to be interested in taking the company public — he has more than enough revenue from Amazon (AMZN) and he does not need any outside funding for his space travel company. At least not yet.

The space race between the billionaires is fascinating and is likely to boost the industry, making the humanity’s dreams of conquering distant planets possible in the nearest future. This means that it might be worth to start thinking about trading aerospace stocks now. Which companies are already available to retail investors?

In July, the aerospace company that manufactures airplanes, rockets and satellites, reported its first profit since 2019. Last quarter, the giant’s revenue jumped to $17 billion, despite its underperformance so far in 2021.

Technical analysis with EMA 100 and EMA 14 shows that the stock is currently in a downtrend, which might be an opportunity for making profit on selling. However, it is not unlikely that Boeing will end its downturn soon and gain in value.

From a technical analysis standpoint, currently LMT stock is in a downtrend with a possibility of a soon reversal.

Boeing’s competitor, Airbus has outperformed the market so far in 2021. Its passenger airplanes are among the most utilized around the world, however it also manufactures military fighting planes.

Technical analysis shows Airbus in a strong uptrend, with short pullbacks on the 12-hour chart. The stellar performance of the stock might make it an attractive “Buy” candidate, however, the pullbacks may leave space (pun intended) for selling opportunities.

Which aerospace stocks will you choose for buying and selling and why? Tell us your thoughts in the comments below! 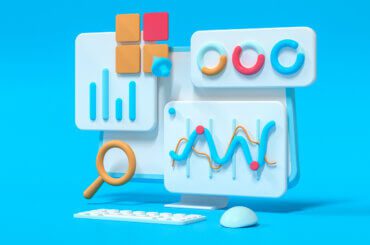 How to Trade CFDs on Stocks at IQ Option 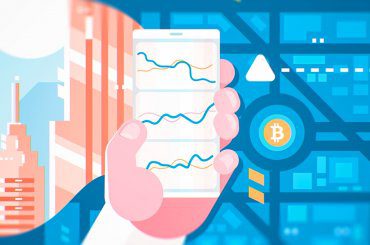