After hitting the $64K mark last month, the Bitcoin rally has cooled off with price trading sideways hitting a short term low of around $47K.

Meanwhile the Chicago Mercantile Exchange(CME) recently launched Bitcoin micro futures that are expected to address the two critical concerns in Bitcoin trading by corporations and institutional investors, namely the “high cost” and the need to trade in a regulated environment.

On the technical side of things, after hitting all time highs at $64K, price formed a consolidation pattern called a rising ending diagonal or rising wedge. Both are regarded as bearish and indeed price broke on the lower side of the pattern. However, price did not travel the minimum distance yet as per technical analysis theory on trading with patterns.

So the question now remains whether price will bounce back from R1 at $58.5K and head lower or whether it will break through it and make new highs. Fundamentals remain strong as the adoption rate is rising but sentiment and technicals point to mixed results and need to align with fundamentals for Bitcoin price reaching higher levels. Analysts forecast that when that happens Bitcoin could easily double to 100K while a senior hedge executive predicts up to 250K within 5 years.

Ethereum has been on a rampage of its own making lately and it has proven itself to be somewhat independent from the ups and downs of Bitcoin. The reasons behind this are on one hand the identity of its loyal base that includes programmers working on DeFi projects and applications running on Ethereum blockchain. On the other hand the technology behind Ethereum makes it suitable for a diverse base of applications including DeFi cases, various applications, smart contracts and as a means of payment too. In contrast Bitcoin is mainly used for payments, investing and trading. Currently Ethereum is undergoing a major upgrade to Ethereum 2, which is expected to increase efficiency and speed among other improvements.

Recent developments behind the recent rally to $4K include the addition of ethereum futures in the Chicago Mercantile Exchange(CME) and the forthcoming EIP-1559 upgrade protocol which is expected to change the way miners get compensated for and is expected to both speed things up, improve efficiency and reduce excess capacity which all bode well for higher Ethereum prices.

On the technical side of things, after price made a small pause around $3.5K forming a small bull flag pattern, it exploded higher going through the $4K mark and making new highs.

Meanwhile the RSI indicator exhibits a bullish convergence with the RSI line, marking higher highs in correlation with Ethereum price. This is usually a clear indication of a strong and healthy trend. In addition, the lagging line of the Ichimoku cloud is above past price action and far away in open space from recent price confirming that momentum is really strong and the trend is healthy. The recent developments and bullish fundamentals match technicals and sentiment and it looks like Etheruem is firing with all cylinders right now into uncharted territories causing analysts to forecast that $5K could be within reach soon, while others call for $20K by 2025.

During this week’s results earnings, Ripple Labs announced strong results that showed the XRP ecosystem is all up and running despite the SEC lawsuit stalemate. Moreover, the company is fighting SEC back and has formed a team of high caliber lawyers and lobbyists to push for the company’s best interests.

In addition, large investors termed whales have been holding XRP and accumulating more. Meanwhile, the 43rd Treasurer of the United States has joined the board of the team which gives a further air of credibility to the company and XRP going forward. The only shadow cast during the earnings was the fact that the company sold 3 billion XRPs in Q1, something that points out that the company can excerpt strong control on the demand and supply dynamics of XRP at any time that could it turn have a negative impact on price.

On the technical side of things, after hitting recent highs at $1.80, price formed a consolidation pattern called a symmetrical triangle. Usually this pattern is considered a continuation pattern, which means price will continue in the direction of the previous trend after breaking out of it. In this case the previous trend has been a strong bullish trend.

However, one can never be 100% on whether the final breakout will be up or down, so the safest approach would be to let the price hint the direction with the breakout itself.  Many analysts call for a possible breakout to the upside which could make XRP double in price within the year. Subject that Ripple Labs wins the lawsuit, then the XRP price could soar with some analysts pointing as high as $4 within 2021. 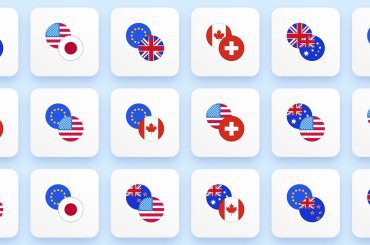 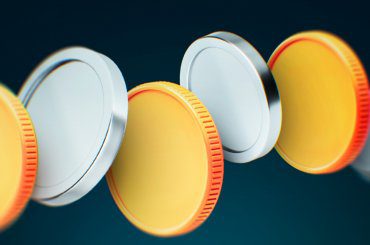 Trade Your Way to the Top Like a Forbes Billionaire